The disaster recovery team were responsible for recovering thousands of books and paper-based documents from the largest library fire the UK has ever seen in Norwich in 1994 as well as assisting businesses in the aftermath of the Bishopsgate bomb in 1993.

More recently the conservation team have helped in clean-up operations after the summer floods of 2007 and 2008 and more recently the flooding and landslides in 2012 and 2013. Much can be done to restore books and that have been damaged by smoke, dirt, dust, sprinklers and water ingress or spillage with resultant mould damage.

Talk to our team

For sales, enquiries or advice on our heritage scanning & digisation: 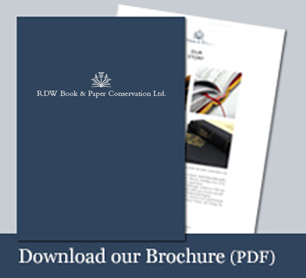